A while ago I reluctantly went to hear a concert orchestra.

The program for the night included a variety of songs by Rodgers and Hammerstein (The Sound of Music), Hans Zimmer (Pirates of the Carribean), John Williams (Harry Potter; Star Wars), Howard Shore (The Lord of the Rings), Kristen Anderson-Lopez (Frozen ), and Claude-Michel Schoenberg (Les Miserables). Yeah, most of these were from films or musicals eventually adapted into film.

As I sat and listened, trying hard not to check the notifications from my WordPress app, I started imagining possible scenes for novels I’ve long since stopped trying to write, and eventually a climax scene for a manuscript I haven’t yet started (the next in my potential series).

Though I’ve stopped listening to music while writing because it’s distracting, I may start listening to music entirely on its own (and not just while driving or in the shower). Music does some pretty awesome things when you just listen.

This song, “You’re Not Alone” from Final Fantasy IX, isn’t one of the songs from that night, but I like it (never got far enough in the game to hear it ):

22 thoughts on “Music and Writing” 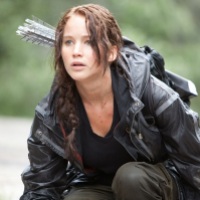