Basic fiction writing advice warns against prologues, dream sequences, flashbacks, adverbs, and dual/multiple protagonists. Over time, these conventions have come to be treated by many as absolute rules, or at least spoken of as if they were absolute rules.

This past weekend at the Southern California Writers’ Conference, some of these “mistakes” made appearances in the writing of attendees. After a bit of discourse, many of us came to the same conclusion: these devices are warned against because of the difficulty in handling them, but with the right amount of talent and hard work, a writer can defy these conventions without shooting herself in the foot.

A quick Google search would lead you to very similar conclusions, which makes it even more peculiar how often people seem to forget these rules aren’t set in stone.

More so than any other writer or SCWC attendee, Oz Monroe acted as a voice of reason in regards to these “rules,” reminding us (on several occasions) that you can break just about any writing convention so long as you do it well (quite a caveat, but still). 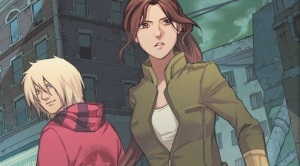 Marie Lu’s Legend is considered by many to feature dual protagonists, though for certain reasons Day can easily be construed as an antagonist (e.g., for ease of pitching the novel).

Fleshing Out Each Protagonist

To flesh out the protagonists, each generally must be given substantially equal stakes, obstacles, development, and resolutions.

The main protagonists must be equally compelling at practically all times with stakes of a similar gravity, and obstacles that give the same weight in conflict. The characters must each grow and achieve some sense of resolution (for a series, each should have at least some resolution per book/season/film). If a so-called protagonist falls short in one or more of these aspects, they’re likely not a protagonist at all but a major supporting character or antagonist.

Furthermore, protagonists with deviating parallel journeys must be substantially linked by plot and theme.

See “The Case for—Okay, Against—Dual Protagonists” by Larry Brooks (aside from the language indicating that a protagonist is a “hero” and an antagonist is bad, Brooks makes some good points); “Why You Should Steer Clear of Dual Protagonists” by Karel Segers (listing five common mistakes that may occur with having dual protagonists and offering solutions: give both characters a clear journey; unique goals and roles; equal and consistent attention throughout the work; and, with parallel leads, connect them through plot and theme); “Having Multiple Protagonists in a Novel” by Randy Ingermanson (noting that multiple protagonists can work if done well but, otherwise, poses the danger of reducing emotional impact). 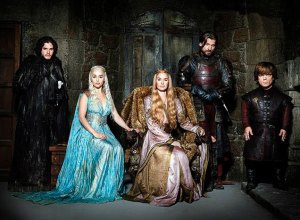 Despite the numerous POV characters and the fact that the series has multiple protagonists, the first book in A Song of Ice and Fire could probably be pitched with Ned Stark as the sole protagonist.

After the workshop, fellow attendees and I were under the impression that the workshop leaders were saying that you simply cannot have multiple protagonists in any work of fiction. They certainly didn’t provide any caveats or exceptions during the limited time we had together. Other attendees were quick to come up with famous works with two or more protagonists.

Thinking about it, however, I concluded that the workshop leaders were trying to say that there should be no such thing as dual protagonists in a pitch. In that case, I totally agree as I’ve had my share of trouble writing my agent query letter and properly portraying my protagonists’ parallel journeys (after many drafts, I think both my manuscript and query show parallel journeys that are well connected in plot and theme as per Segers’ advice—I guess we’ll see).

See also “Dual Protagonists?” by Meredith Efken (pointing out that “it’s perfectly fine to have two protagonists,” but when it comes to pitching, it may be better to have a lead character “even if it’s just in name only”); Ingermanson (stating that multiple protagonists may confuse the reader and, as such, make it less likely a novel will be picked up by publishers).

In the end, it’s up to the writer to muster the talent and discipline to make sure they write their protagonists well, whether they have one lonely hero or a giant ensemble of characters. To do so, the writer should make himself aware of the issues that may arise from breaking the convention.

The general conclusion for dual protagonists applies to other writing “rules” as well: if you do it well and with good reason, any writing convention can be broken (or, well, you can break it and do it poorly and just have everyone hate your work).

23 thoughts on “Rules of Writing Fiction – Dual Protagonists, Prologues and Whatnot” 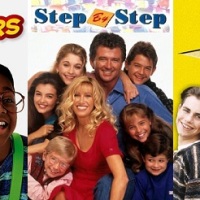 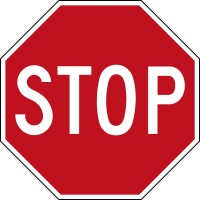 Follow A.D. Martin on WordPress.com
Join 4,986 other followers
My Tweets